Once upon a time I was a good chessplayer. The USCF remembers. If I was to enter a tournament, my rating would start about 3 classes above my current playing strength. I'd do better playing golf 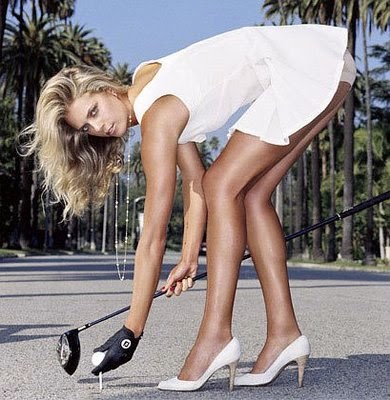 except I haven't learned to walk a fairway in 4 inch heels.


After quitting tournaments, I hung out for a while in the Square. Playing outside, with real people & smelly basset hounds was pretty good. A long time ago I discovered free online chess. Why is there free online chess? Because that's the going rate.

The first site was Microsoft Gaming Zone. Well designed, good graphics, and you could play it on a modem. Don't think it's there anymore.

So I moved on to Excite. The graphics were a bit off, but it worked pretty well. Then they turned all their games over to Pogo. Pogo tried to monetize the game with advertising. It sucked.

The next step down was Yahoo. Yahoo started the trend of really lazy programming. For years and years, they never fixed obvious problems. People would leave boards open. Lots of boards. 95% of open boards, looking for a player, would actually be unattended. You could offer a draw when not on move. Finishing off a jerk, but in a bit of time trouble? They hit you with 15 draw offers. You have to clear them & can't move. Yahoo dropped chess without fixing it.

Anyhow, try it out.
One thing never changes - Your opponent is probably a 13 year old boy with bad skin and a worse attitude.

If you're serious about chess there are a lot of really great sites to study, do problems, and find events.
But the gameplay seems to have been designed by Barbie.

Alas, my girl has been let down again . Computer Engineer? As if. Even for basic coding, she had to turn to boys. If the suits at Mattel can't even be bothered to protect their meal ticket, I dunno. I weep. Maybe Hello Kitty can become a role model.

Posted by Downpuppy at 5:19 PM No comments: