Exodus is a great story, maybe the best in the Bible. Everybody knows the main parts. You've seen the Charlton Heston version, but also a lot of others. All those Star Trek episodes about ultra-powerful aliens that are really just angry children? Yep, that's Exodus. 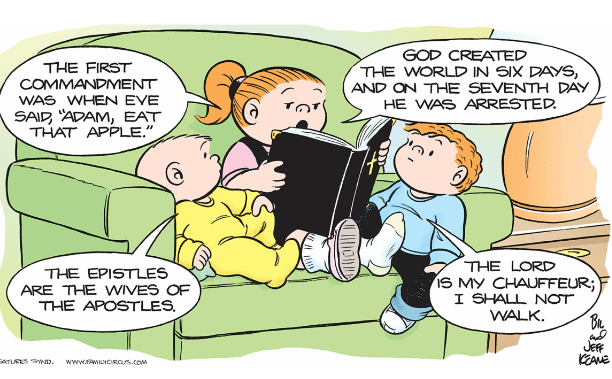 After the preliminaries of getting the characters introduced and setting up the plot, there's a scene in that's rather famous:

21 The Lord said to Moses, “When you return to Egypt, see that you perform before Pharaoh all the wonders I have given you the power to do. But I will harden his heart so that he will not let the people go. 22 Then say to Pharaoh, ‘This is what the Lord says: Israel is my firstborn son, 23 and I told you, “Let my son go, so he may worship me.” But you refused to let him go; so I will kill your firstborn son.’”
24 At a lodging place on the way, the Lord met Moses and was about to kill him. 25 But Zipporah took a flint knife, cut off her son’s foreskin and touched Moses’ feet with it. “Surely you are a bridegroom of blood to me,” she said. 26 So the Lord let him alone. (At that time she said “bridegroom of blood,” referring to circumcision.)

The LORD loves the plagues. He had 10 planned and wasn't taking Yes for an answer. But he really, really hates foreskin.
And you know the next parts, where GOD makes an excuse to slaughter babies, Egyptians, and frogs. A brief musical number, and they're on their way into the desert. There, they wander around acting crazy until the locals get concerned.

10 So Joshua fought the Amalekites as Moses had ordered, and Moses, Aaron and Hur went to the top of the hill. 11 As long as Moses held up his hands, the Israelites were winning, but whenever he lowered his hands, the Amalekites were winning. 12 When Moses’ hands grew tired, they took a stone and put it under him and he sat on it. Aaron and Hur held his hands up—one on one side, one on the other—so that his hands remained steady till sunset. 13 So Joshua overcame the Amalekite army with the sword.

After all that the story starts to drag. 40 years of wandering around, somehow not losing agricultural skills in 2 generations of living off manna in the desert. The next 20 chapters read like the Internal Revenue Code. So, at last, today's chapter:

21 “These are the laws you are to set before them:

2 “If you buy a Hebrew servant, he is to serve you for six years. But in the seventh year, he shall go free, without paying anything. 3 If he comes alone, he is to go free alone; but if he has a wife when he comes, she is to go with him. 4 If his master gives him a wife and she bears him sons or daughters, the woman and her children shall belong to her master, and only the man shall go free.
5 “But if the servant declares, ‘I love my master and my wife and children and do not want to go free,’ 6 then his master must take him before the judges.[a] He shall take him to the door or the doorpost and pierce his ear with an awl. Then he will be his servant for life.
7 “If a man sells his daughter as a servant, she is not to go free as male servants do. 8 If she does not please the master who has selected her for himself,[b] he must let her be redeemed. He has no right to sell her to foreigners, because he has broken faith with her. 9 If he selects her for his son, he must grant her the rights of a daughter. 10 If he marries another woman, he must not deprive the first one of her food, clothing and marital rights. 11 If he does not provide her with these three things, she is to go free, without any payment of money.