AssDeans are Asses : Film at 11

One important thing to remember about having too many administrators : The more there are, the more time they have to do really stupid stuff.

UC has come up with a new logo for their system.

Not sure who stared at that annoyed loading circle, and instead of muttering profanity like everybody else thought : Let's steal this!

Opposition was immediate. A petition is up.


The reviews are in:

WHAT THE FUCK IS THAT PIECE OF SHIT?
It looks like a flushing toilet.
The logo fails because its embodies an abstraction on top of an abstraction. One layer of abstraction is sufficient.

There are some efforts thrown in to explain the difference between a logo & a seal, and to note the the seal remains the same. They fail, because the logo sucks.
I found a better one: 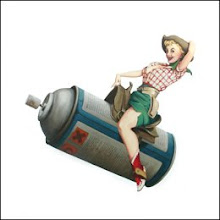 Anyhow, this all reminds me of when NBC pulled the same stunt.