When Survivor first appeared, it was a show about a bunch of people dealing with being stranded, trying to find food, working together.

Then Dr. Sean ran out of letters & everything changed. Richard Hatch had discovered the real game, and was on his way to fame, fortune, & the federal pen. I still remember where I was when that happened - in the maternity ward.

On and on the show has persisted. It has various charms. Watching people get stupid under stress is one of them. Another is the late season - we're about due tonight! 8pm on CBS! episode where the hungry bronzed cast meets up with the slugs from home. and of course, there's always a bunch of good looking women with their shreds of clothing falling apart. 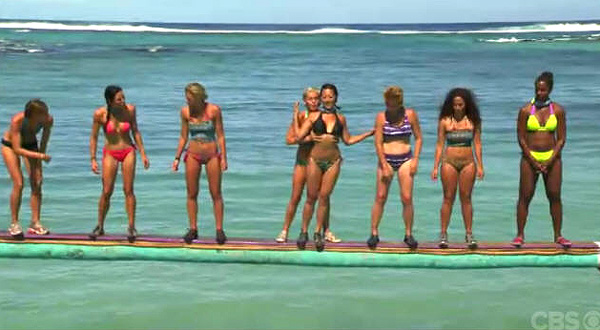 So, if you've watched, you've learned. Learned about ways to get sick from drinking foul water. Ways to get injured. Ways to alienate 17 people. Ways to be first boot. After all of this, what would I be if I went on the show?

Second boot. Too damn old. Like Rudy on AllStars, sometimes the real lesson is that it's just too late. So, take it Parvati.

So glad that SOMEBODY could play a winning game & have fun.

UPDATE: Kim is running this game smoother than I've ever seen. going from even numbers (& down an idol) to up 6-3, with the idol wasted in 3 weeks - she's scary good.

Posted by Downpuppy at 7:20 PM