Sorry, that joke doesn't work here. But there are major overhauls & tinkering with rates. The last overhaul, 1986, fondly remembered as the "Tax Accountants Full Employment Act", has reached a level of complexity that was unimaginable in the era where many returns were done with a pencil.

For the last 10 years or so it's been obvious that we need to clean things up. Even the basic outline has been pretty clear. Consolidate the retirement & education incentives. Simplify credits. Eliminate AMT, but cut out some of the stuff that makes it necessary. Reduce gaming by tying corporate tax to financial statement income. Give the IRS an easier way to handle transfer pricing.

It hasn't happened.  We've had tinker after tinker.

The reason is pretty fundamental : The Republican Party has officialy endorsed magical thinking with respect to taxes. No tax that calls for payment from the rich can ever be supported.
So, what happens when one party refuses to even consider responsible tax policy?

Instead, we get an ever growing army of provisions renewed from year to year. Educational deductions & credits are probably the worst. Cleaning them up & making them permanent might not help our mission*, but it couldn't hurt.

How can you raise revenue when you rule out raising it where there's revenue to be raised?
You can fake it - which has been the official party policy for 32 years now. Pretend that cutting rates will raise revenues. The result has been deficits, every time, and 4 recessions.   Starting from a trillion dollar deficit, this might not be the greatest idea ever.

Door number 2 is to try a different kind of tax. Since wealth is even more unequally distributed than income, it has to be a transaction tax. Constitutionally, this is easy. Article 1, section 8 begins:


This stuff used to fund the entire government. Now, about 4%. There's a lot of reasons for that. One is the encouragement of consumption in the 20th century. Encouraging consumption has become a core Conservative value. Along with crushing wages, this would appear to present a conflict.

Yes, this is as ugly as it sounds, which is why it's still basically silent. Put your head down, and hear the train a coming. "46% pay no tax" "Skin in the game" 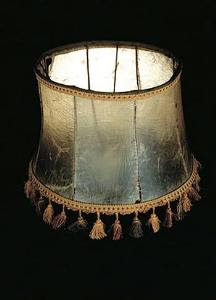 Lights out.
*This blog** is dedicated to ending tuition increases, chiefly by fighting administrative bloat at Universities.

**Charlie Pierce has abandoned the phrase "this blog", so it's mine now. Neener neener.
Posted by Downpuppy at 9:52 PM