You can't go below Neil Munro

By odd chance, today for the first time I twice became aware of a loathsome boil in the depths of the Daily Caller called Neil Munro. 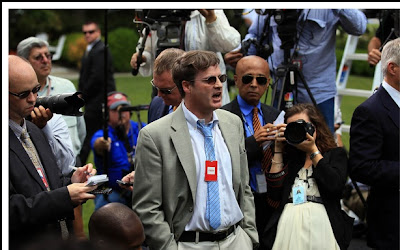 His specialty is promoting bogus tripe written by other hacks.

In April, he did the absolute worst job of collecting survey results I've ever seen. Apparently, it's still floating around in wingnut email land. Read the whole thing, if you must, and tell me what the 13 questions were, who was asked, or even if the "Correct" answers were correct. I couldn't. And, at least in the first 100 comments, his followers didn't even ask.

One passage provides a few chuckles:
A March 12 Pew study showed that Democrats are far more likely that conservatives to disconnect from people who disagree with them.

The report also noted that 11 percent of liberals, but only 4 percent of conservatives, deleted friends from their social networks after disagreeing with their politics.

Frist, of course, for the lack of editing. Second, because it ignores the obvious : Wingnuts are really annoying. The US is not divided into Right & Left Wing. It's divided into Insane Wingnuts & Everybody Else.

Now he's pimping some junk supporting voter fraud from Horace Cooper, whose expertise in fraud consists of being on parole after serving time for it (Abramoff style, not voter fraud). Munro's work has his signature techniques. He barely identifies Cooper (not that any of the Caller readers would bother to look him up), does not link the "study", and throws in a quite from "former Democratic Rep. Artur Davis", a lower life form currently moving to his wingnut welfare phase.

I know exactly where we can get a better press corps. She does sports, too!

Posted by Downpuppy at 8:23 PM