In June, 2011, the Urban Institute did a study on Social Security contributions vs payout. It had some pretty weird assumptions. Contributions were adjusted annualy by (inflation + 2%). They use "Average Wage" without specifying median or mean. (It appears to be mean, which is higher.) Even given these odd assumptions. Social Security is a pretty good deal for most people. Especially one-earner couples, poor people, and those who live a long time or had a short working life. So, this thing sat, justly ignored for a year or so. Then today, AP Uberhack Stephen Ohlemacher unearthed it.

Social Security not deal it once was for workers


By STEPHEN OHLEMACHER, Associated Press – 14 hours ago WASHINGTON (AP) — People retiring today are part of the first generation of workers who have paid more in Social Security taxes during their careers than they will receive in benefits after they retire. It's a historic shift that will only get worse for future retirees, according to an analysis by The Associated Press.


A married couple retiring last year after both spouses earned average lifetime wages paid about $598,000 in Social Security taxes during their careers. They can expect to collect about $556,000 in benefits, if the man lives to 82 and the woman lives to 85, according to a 2011 study by the Urban Institute, a Washington think tank.

OK - stop right there. How much in lifetime wages do you have to have earned to pay $299,000 in Social security taxes from 1966-2010? Trick question - with the low caps on wages subject to the tax in the past, it's utterly impossible. So how does STEPHEN OHLEMACHER explain this? He doesn't. He never mentions any of the assumptions. Just throws the numbers out there like they're real. The mystery is left. Why did he pick up a year old study? Why did he hide the assumptions? Who put him up to this. STEPHEN OHLEMACHER - Useful idiot, or corrupt hack? I have no idea. What I do know - the AP needs to just FOAD. (And you would hope that some of the 700 newspapers that ran this tripe would have noticed. Hoped in vain, from what I've seen so far.) In the meantime, Stephen Ohlemacher needs to improve his skills. 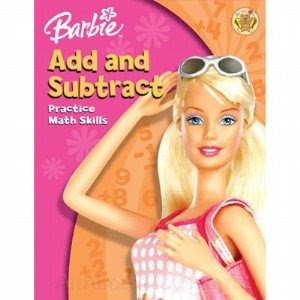 Posted by Downpuppy at 6:41 PM

Not only is the math suspect, but why is that man's niece fondling his chest?