Meanwhile, back at the sinkhole

A while back, a sinkhole opened in Louisiana. Little sinkhole grew into a mighty pond. Now it's getting ugly:

Bubbling gasses & swirling oil. Still no clear word on what all is going on underground, where there are many holes & much strange stuff in storage.

Details are important in energy. Get them wrong, and you've got a $5,000,000 dry hole, or a major disaster. Which is why the Associated Press had Jonathan Fahey write its latest survey of the energy picture. Fahey is pretty close to clueless, (I'm pretty sure he has no idea what the differences are between hydrocarbons and carbohydrates, or shale oil & oil shale) but unlike some AP reporters, seems willing to listen to people who know better. He updated his story to fix an error in prior peak, although there is still a huge comparability problem, and he still doesn't know what a hydrocarbon is. On the whole though, it's a reasonably decent look at the absolute basics of where we are. Not so good on where we will be in 8 years, but the future is usually a lot cloudier, isn't it? A few years ago, people were still promoting cellulosic ethanol (which now looks like a loser) while underestimating the tight oil potential. Now, I think he's underestimating the problems that are about to his corn ethanol, and overestimating the duration of tight oil - but that's more or less the area of opinion. Neither of us are in the top 1000 experts on where liquid fuels are headed, which brings us to the main point. (YES! A main point, for once)

(Pause to anticipate Hurricane Sandy, and remember Isaac, yet another trouble visited on Louisiana exacerbated by all that's been dumped on that state)

The whole model of journalism as reporters calling people and writing stuff down is failing. In energy, for a while, Matt Simmons had broken through it, and was bringing expertise directly to the public. Then he died, and it went back to some reporter with a communications degree and a tape recorder. Nowadays, what with the industry clearly dying and all, they aren't  loading up on new talent. My dream - that people who actually know what's what will inform the public directly, is still, far away. Probaby the worst case is climate change. How many people are even aware that September 2012 was the warmest September on record? Yet long debunked calumnies against climate scientists still circulate freely. I dream of the day that something ike the Dover case - where Intelligent Design scammers were forced to defend their rubbish in court, and failed miserably, will happen in oh so many more fields.

Throw in a strange DeathCult called the Republican Party, and the modern system of journalism became worse than useless very quickly. If you assume that there are 2, and only 2 sides, to everything, what happens when one side decides that reality is irrelevant? Exactly what has happened in the last 10 years. 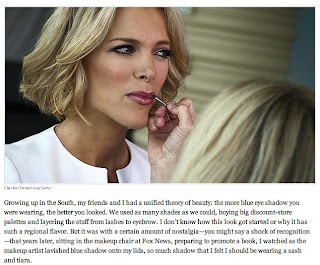 (Hence, the Romney approach : Media friendly! Like midwestern weather : If you don't like Romney's policies, wait 15 minutes. (The reality, of course, is that the fascist* advisor's will set policy) In a world where media still had a function I wouldn't have lost my breakfast this morning. Asked what they like about Romney voters cited  - Honesty.

Honestly, I canna take it no more.

*Aware that Fascist is a loaded term, but have to go with accuracy.
Posted by Downpuppy at 6:40 PM