The Brigadier & the Golf Widow

John Cheever, in the days of missile crises, wrote a story about people expecting society wide doom as a cover for their collapsing personal situations.  This is something that all us Prophets of Doom have to watch out for, but 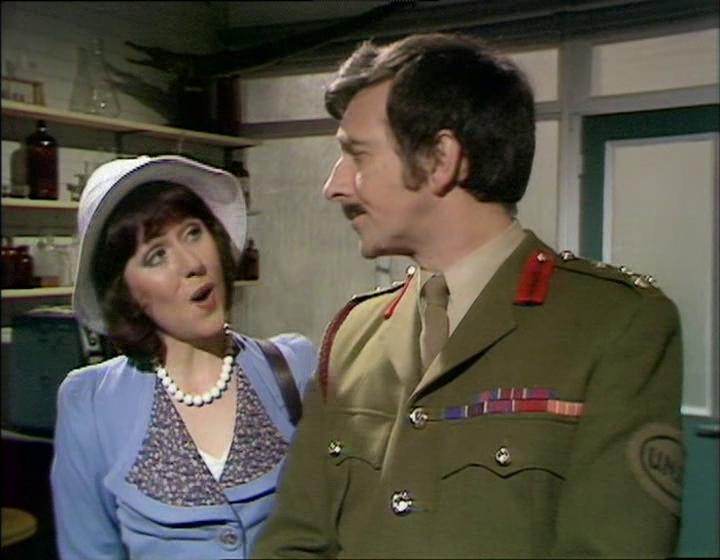 this is not the time or the place. It's also a trap to not see the societal level issues that can be behind your personal difficulties. Really, really, easy in a society where hiding the social truth in a veneer of individualism is a recession proof industry. (Hi, Megan McArdle!)

The kings of delusion have long been airline pilots. Before deregulation, these guys were trained by the government then moved into very highly paid sinecures with union protection in an industry where routes & fares were doled out.

Of course, they considered themselves rugged individualists, self made men. Then, inch by inch, step by step slowly it turned. Suddenly, airlines were collapsing, pensions disappearing, wages getting squeezed. Now it's reached the point of farce. Bankruptcy can somehow be filed with the managers who file it getting richer instead of losing their jobs.  American Airlines is currently a disaster. Should we support the pilots? Damn straight But we're allowed to laugh. (Although not about the baggage handlers getting crushed down to minimum wage) Just like we could laugh a bit at the referees lockout in the NFL. Since refs are part timers, many spend their off season busting unions.

An uglier, more traditional version of class warfare is going down at Progressive Gourmet.
On the morning of July 16, workers at Progressive Gourmet were told they had to reapply for their jobs through a temporary employment agency that would not provide health insurance and other benefits they received as employees of the Wilmington specialty food-distribution company.
Those who refused to agree by 9 a.m. the next day were let go. In all, more than 70 about one-third of the company’s workforce lost their jobs.

This stuff could not happen if we maintained a functioning culture. The creation of an auto-centric, suburban culture with an absurdly high drinking age may not have been intended to separate people from their traditions, but it certainly has worked out that way. 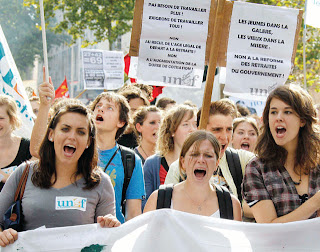 You storm the Bastille with the mob that erupts, not the pony you wished for.
Posted by Downpuppy at 8:31 PM

I love your site, but honestly tell you that you need more for him to monitor those who commented with your records.