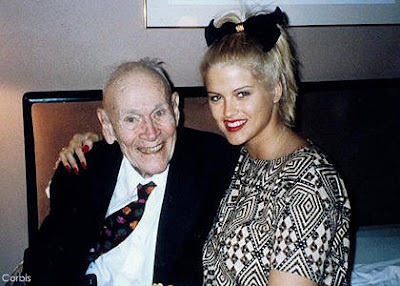 Anyone with minimal brain function and a pulse is aware that there are a lot of things in life that are all hat & no cattle. One of the latest arrivals in the long parade is the idea of nonprofits that will buy up debt - Cheap! & forgive it. The description of the plan in Nick Summers decent but credulous writeup should be enough to give away the game:

The group says it’s a 501(c)(4) organization, buying anonymous accounts that are bundled together, with little information about their owners.

OK. So they buy bundles of crap. Who benefits? Predatory collectors who've sifted through this and reduced it to people who are either dead or pretty convincingly don't really owe anything. Or banks, who couldn't otherwise dump it. And then, the purchasers ...  do nothing! Yes, it's a lot of noise & no teeth.

Megan McArdle followed on with a big bag of nothing. Felix Salmon raised the issue of : Just call it a gift. Which is sort of OK, except that gifts are personal, plus, if the "giver" only paid a nickel, how can they give a buck? (and of course, it ignores the fact that the whole thing is a sham.)

The real meat of What is a gift? is US vs Harris.

An old man gave about $1,000,000 to twin mistressses. (Yes, the girls shown above.
80s hair has not aged well. What can I say?)
2 cases where the IRS tried to tax them got combined and went all the way
to the Supremes before they said :OK, it's a gift. This precedent has a lot more application than you might think.

Tax law after the fold

501c4 is mostly for charities that get political. It's not even clear that contributions to them are exempt from gift tax. The text is simple:

(A)Civic leagues or organizations not organized for profit but operated exclusively for the promotion of social welfare, or local associations of employees, the membership of which is limited to the employees of a designated person or persons in a particular municipality, and the net earnings of which are devoted exclusively to charitable, educational, or recreational purposes.
(B)Subparagraph (A) shall not apply to an entity unless no part of the net earnings of such entity inures to the benefit of any private shareholder or individual.

IRC 108 has these exceptions to the recognition of discharge income: