No lessons, no hugging (CRM,HPQ) 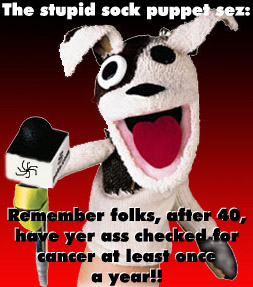 Soothsayers, mentalists and table knockeers have run the same scams for thousands of years, so maybe I should be less surprised that the exact same foolishness from the tech bubble is making a comeback.

To start with the one that everybody's already picking the bones of, Hewlett-Packard got suckered by a software firm called Autonomy. As John Hempton tells it, this one was pretty basic fraud:

There are lots of things to note - but I will limit myself to the simple (which I put in the Santangels presentation).

Receiveables were $330 million - which is four and a half months of receiveables.

Deferred revenue is $177 million - just over half of receiveables.

This is really perverse for a software company. Software companies sell stuff that is barely tangible - they sell it up front and for cash. They have very few receiveables.

They do however have an obligation to service that software for a long time after they sell it - so the unearned income is relatively large (usually a multiple of receiveables).

Autonomy was booking as income lots of cash it had not received (which is why the receiveables were large) and not booking any obligation to provide future services for that income.


One interesting thing about this is how many people missed:
HP Chief Executive Meg Whitman, who was a director at the company at the time of the deal, said the board had relied on accounting firm Deloitte for vetting Autonomy's financials and that KPMG was subsequently hired to audit Deloitte.
HP had many other advisers as well: boutique investment bank Perella Weinberg Partners to serve as its lead adviser, along with Barclays. The company's legal advisers included Gibson, Dunn & Crutcher; Freshfields Bruckhaus Deringer; Drinker Biddle & Reath; and Skadden, Arps, Slate, Meagher & Flom, which advised the board.
On Autonomy's side of the table were Frank Quattrone's Qatalyst Partners, which specializes in tech deals, as well as UBS, Goldman Sachs, Citigroup, JPMorgan Chase and Bank of America. Slaughter & May and Morgan Lewis served as Autonomy's legal advisers on the deal.

& a little sting in the tail:

Multiple sources with knowledge of the HP-Autonomy transaction added that the big-name banks on Autonomy's side were brought in days before the final agreement was struck. These sources said the banks were brought on as favors for their long relationships with the companies, in a little-scrutinized Wall Street practice of crediting -- and paying -- investment banks that actually have little do with the deal.

So, moving along, we have a company called Salesforce.com. They have sales of $3 billion and a market cap of $22 billion. Their sales are increasing rapidly, margin high, so Cowabunga, right? Welllll - no. They actually lost money last year. Sales & marketing expense is rising even faster than revenue, and is now 52% of revenue. The company is picking & choosing expenses to claim profitability. I was ready to rant about that, but Tim Travis beat me to it:

Another big reason for the disconnect between GAAP and non-GAAP numbers is CRM's absurd accounting practices of eliminating stock compensation as an expense in the non-GAAP figures. This would be relevant for bond investors where the ability to pay off debt is all that matters, but for stock analysts, it is impossible to deny that stock compensation is an expense, and CRM's extremely liberal utilization of stock compensation is one of the worst examples that I have ever seen. Every quarter, shareholders are finding their ownership stakes reduced, and the reason why this doesn't cause outrage among the masses is that the stock has performed very well. Unimpressively, non-GAAP operating margins were 10% in the quarter, and while there were some charges that impacted results, CRM's farcical non-GAAP accounting doesn't even make the company look highly profitable on its "imaginary" basis.

I do have to admit they seem to have booked a proper amount of deferred revenue - so whatever is under the hood, it's not Autonomy. What is keeping it up? There are some hints about "institutional investors". There is certainly nothing obvious from the financials that would support the price. I'm going to file this away & keep a watch on. If anybody looks like they're going to acquire it....