The Man of Property

I was thinking it was about time for yet another go round of the old chestnut, the Forsyte Saga, but it turns out the last one was only 9 years ago. So Kate (can't say her full name, a promise was made) & Barbie (no last name needed for megastars) won't be fighting for the role. 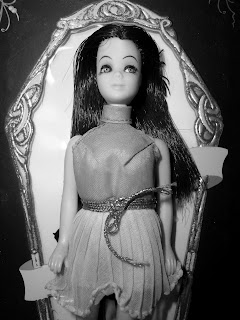 They'll find other projects. Probably including Project Runway, which has a finale tonight of sorts. It's not Heidi, not Fashion Week, and most of all, not Tim Gunn. But there it is, and there's not much else.

The sausage grinders will most likely turn to Dickens. We're entering an era where the brutal injustices of Dickens novels are starting to look like the good old days.

What traditional English fiction has going for it is lots of words. You read a sentence, right behind it is another sentence. Or maybe a whole Paragraph, or even a Chapter, or )shudder( a Volume. Galsworthy churned out 2 sets of 5 books each. You don't have to worry about that here. Three sentences, a picture

What promise was made about Kate's last name?
And, more importantly of course, why no picture?
I know that latter statement begged for an emoticon, but I made a promise elsewhere.

On Monday I promised to quit writing Kate Beckinsale Ass, no matter how much traffic it...